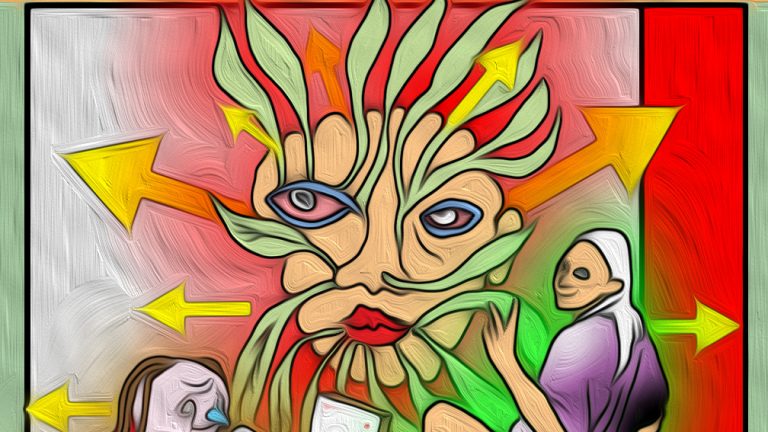 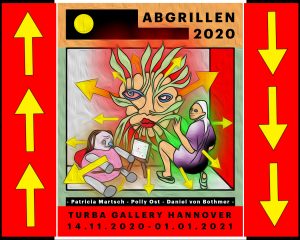 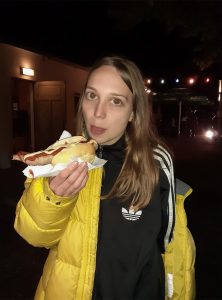 As “Queen of Trash” or “Servant of Toys” she breaks with the conventions of the art market and creates ever new identities and projects like Pink_viagra, lil sexy Jesus or Polly Ost. 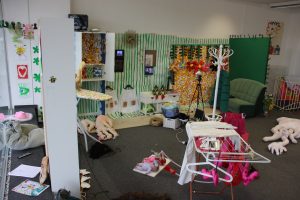 Patricia Martsch studies fine arts at the University of Fine Arts Braunschweig with Hartmut Neumann and Candice Breitz. In her artistic works, intimate inner life and outer habits are in conflict. Fears and feelings fight liberation struggles with norms and role models. In her expansive installations and videos, she reveals how little a deep and emotional world of longing, love, absence, need and dependency can be hidden behind clichés and reason and culture and costume, or how the public sphere is often first formed by intimacy; how the latter hides in the former and finds its way into form and thus upwards. Frequently used figures are the mother and the child, the lovers consisting of man and woman, the horse and the dog; they appear in videos, sculptural elements and performances. Humor, shame, and irritation are the binding agents here. Despite their supposed profundity, the artist’s installations also have the potential to be “just fun” and are thus suitable for the whole family.

Daniel von Bothmer, born in Bremen, studied at the Kunsthochschule Kassel from 2009 – 2018. His artistic work includes space-consuming installations – which are assembled into complex sculptural spatial scenarios through the use of various artistic media and techniques – as well as a variety of drawings, comics and animated films.

His installations are on the one hand touchingly beautiful, on the other hand painfully borderless. Again and again the artist leaves us with a mixture of contradictory feelings and thoughts. By using a poetic and often symbolic language, he creates an immediate situation with everyday, recognizable elements, in which the viewer is confronted with the conditioning of his own perception.
In this way, his work also questions the compulsiveness that derives from a supposedly deeper meaning and the superficial aesthetic appearance of a picture. By questioning an objective truth and global-cultural narratives, he often creates several works at once, in which seemingly straight thoughts manifest themselves only to dissolve again directly: Notes are awarded and then crossed out again, “mistakes” are repeated.
His works appear as dreamlike images in which fiction and reality collide, familiar pictorial expressions merge and contexts of meaning are transformed into short circuits.