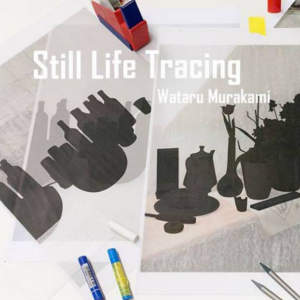 Wataru Murakami was born in 1983 in Matsuyama, Japan and has experienced and knows both Japanese and Western culture in its European and American forms.  From 1991 to 1996 he lived in Vancouver, Canada and from 1996 to 2000 in South Pasadena, USA. After graduating from the Sophia University in Tokyo, Japan, he studied photography and media art at the Hochschule für Gestaltung Karlsruhe. He lives and works in Tokyo, Karlsruhe and Berlin.

His work is influenced by this biography and the attempt to break up artistic norms.

The result of this confrontation is on the one hand a deconstruction of culturally shaped viewing habits, and on the other hand a new construction of an individual and contemporary practice of perception.

Murakami’s current artistic work is based on the medium of photography. From this medium, booklets, prints, and installations are developed.

The reason for the development of his works is often the observation of his personal environment. Within the seemingly ordinary and mediocre, he sensitively analyzes moments that oscillate between the urge to discover and the desperation associated with it.

In the TURBA Gallery he presents one of his latest work series. For “Still Life Tracing” he uses the genre of the still life. In art history, still lifes are a classic subject of painting. Usually still objects such as flowers, glasses or fruits are arranged and depicted on them. Muarakami takes up the constructivist means of conventional still lifes, transfers them into the medium of photography and plays with distorting and shifting the central perspective.

He constructs individual and personal still lifes. Through this process he confronts and reflects his own artistic work and the perspective on it.