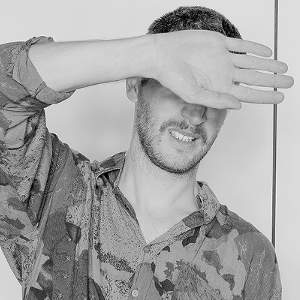 “It is only the confession that enables us to recognize preconsciously what the repressed feelings and ideas once meant and what they still mean for us, thanks to the indestructibility and timelessness peculiar to the unconscious processes. By the confession we become acquainted with ourselves. It offers the best possibility for selfunderstanding and self-acceptance.” Theodor Reik, The Compulsion to Confess

“What I call art is an experimental process that includes a diversity of formats, methods, and truths, committed to reaching some kind of bottom or peak – to investigate the human. It is emotional realism. It is professional failure. It is the overdose of honesty to subvert dichotomies like public / personal or aesthetic / functional.”  János Brückner

János Brückner writes about the exhibition, First-person substitution in the TURBA Gallery:

Many forms of art presentation require a separation of artist and recipient. The questioning of the untouchable work of art in the classical “white cube situation” is a main focus of my artistic examination.  Many works I conceive for exhibitions are attempts to break up structures and question the elitist expectations of the white cube. Central to this is the involvement of the recipient in order to make this reflection subjectively tangible.

The exhibition “First-person substitution” examines the relationship between artist and recipient under three aspects:

Visitors are led into the exhibition through a red carpet. This leads them to a “backdrop” and invites them to take photos and selfies of themselves.

This situation is reminiscent of film premieres from Hollywood and gives the participating recipients the belief that they themselves are rich and famous, that they are stars themselves. But appearances are deceptive, because there are two essential differences. The background is not covered with company logos, but with personal elements that are reminiscent of logos and question the existence of a specific individual.

But who is this individual? – That is me. Because my artistic work deals with the right to my own image. In my opinion, I don’t have the right to depict or present anyone other than myself. In the context of the exhibition, my identity becomes a projection surface for the visitors and thus transparent and accessible. Through it every visitor can recognize and find parts of himself in the different elements.

Based on this, the second key component of the exhibition is a self-portrait. Visitors encounter this self-portrait in the form of masks that are intended to be tried on, worn and played with.

The third aspect deals with collective curiosity and gives visitors the opportunity to become part of an artistic work together in the form of a game. At first, only a large white surface is visible, on which a series of squares is depicted. These squares contain numbers and visitors are encouraged to use stamps to insert as many Likes as the number indicates into the square. If visitors are curious enough and work together effectively, a picture will be displayed at the end of the exhibition. If not, the image will remain hidden or show an intermediate state.  In addition to the displayed motif, the activity of the visitors is also shown.

This exhibition is intended as an experimental showcase that can be played with, tried out and supplemented by its visitors. Furthermore, the works in their entirety function like empty and post-digital profiles on which the personal facts are only given as blanks. The subject – the person – the recipient can be inserted into these blank spaces.

“First-person substitution” is an invitation to dive into the space of possibility of alternative first-person narratives and to explore it.

János Brückner completed his studies at the University of Arts in Budapest in painting (2012) and at the Eötvös Lóránt University of Budapest in linguistics and literature (2011). Since 2016 he is studying the postgraduate master program “Art in Context” at the University of Arts Berlin.  He was a “research artist” at Newcastle University’s Culture Lab, Digital Media Department and “artist in residence” at FUTURA Contemporary Art Centre Prague (2013), at studio “das weisse haus”, Vienna (2015), at MuseumsQuartier Vienna (2015), at Gallery Municipal, Lisboa (2016) and at Accademia d’Ungheria, Rome (2017). His artistic work has been honored by: the Ludwig Foundation Scholarship (2011), the K&H Bank Scholarship (2012), the Derkovits Scholarship (2013, 2014, 2015) and the Smohay Prize (2016).