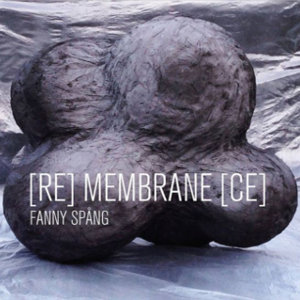 The Swedish artist and designer Fanny Spång (*1988) works in her multidisciplinary practice with visual expressions of animation, sculpture, installation and graphic design.

Against her background as a designer, Fanny Spång’s work deals with the levels and dialogues between art and design. In her artistic practice, she investigates organic structures in a distorted and minutely detailed form of surrealism. She also analyzes themes such as transience, inner emptiness, collective consciousness and the perception of time. Based on her fascination for nature and science, her works deal with anatomical textures in an unusual contextualization and form. “Membrane Remembrance” is an exhibition dedicated to the exploration of transience.  The growth as well as the decay of physical structures, a memory of the body that destroys itself, the anarchy of cells and the unequal struggle for survival.

The exhibition analyzes the integrated memory of bodies in the form of cell structures, DNA codes and the struggle of science against the prognosis of decay. An encounter between the lightness inherent in the physical architecture of membranes and a hard and inexorable material such as concrete.

It is a mausoleum of the unpleasant, with organic-looking objects that experience a separation from the body and are transferred to an exhibition context. “Membrane Remembrance” celebrates the unstoppable decay of our bodily structures and lets it freeze in the materiality of concrete. It is a voyage of discovery through the structures and forms of tumors; objects that are normally invisible inside the body traverse the display of the exhibition. That which keeps us alive, the cell regeneration, can be the reason for our death at the same time. The focus of the exhibition is on determining the fear of the unpredictability of our bodies and the resulting loss of control.