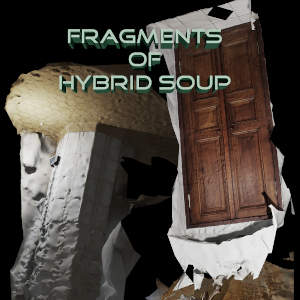 “Fragments of Hybrid Soup” is a cooperation between the artistic directors of the Berlin project and production spaces TURBA Factory and oMo artspace.

Both spaces share an international orientation as well as a provocative and subversive artistic project selection.

Two exhibitions will be on view as part of “Fragments of Hybrid Soup”. Sarah Oh-Mock and Bongjun Oh (oMo artspace) will present their work in the TURBA Factory, while Marlene Bart and Jean D. Sikiaridis (TURBA Factory) will exhibit in the oMo artspace. The practice of the four artists is united by an interest in artefacts from nature, a fascination with the unconscious and the visual blending of natural and artificial materials and imagery.

The term “hybrid” comes from the Latin “hybrida” and is often translated as “bastard or sacrilegious child”. It is used especially in biology when two different species reproduce with each other but do not produce offspring capable of reproduction. Furthermore, the term has mystical connotations. For example, the Wehrwolf is a hybrid of human and wolf. “Fragments of Hybrid Soup” understands the term “hybrid” in the context of the title as an artistic metaphor for the coming together and mixing of the four positions, each of which has different aspects of hybridity. Inevitably, it also brings with it an association with the classic alphabet soup (Buchstabensuppe). Here a parallel can be drawn with Jean D. Sikiaridis artistic work:

“Poems in Aspic” are part of his current creative process, in which he works with consumable materials and refers in an ironic way to confusions of contemporary events.

These mix with Marlene Bart’s works in the oMo Artspace. Her prints and objects engage with natural history exhibition practices and systems of order.

In the TURBA Factory, Bongjun Oh’s large-scale spatial installations are presented. In these, natural meets geometric forms. They are juxtaposed with Sarah Oh-Mock’s very different video installations. While Oh’s works invite us to quiet contemplations of absurd spaces and the clash of different materialities, Oh-Mock shows three video works. These tend to have a disquieting effect and deal with broad themes. Their sculptural presentation as an installation enhances the effect of their materiality. 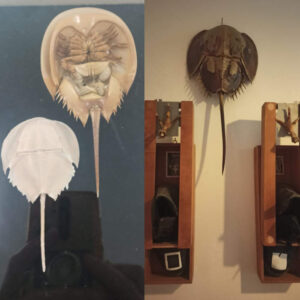 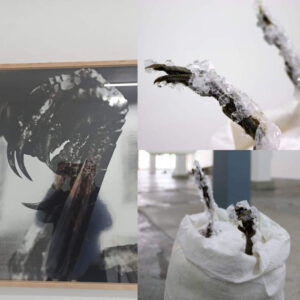